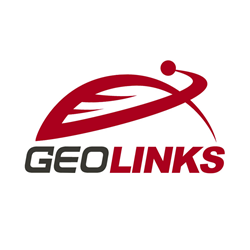 “With founding roots in Southern California, GeoLinks has been familiar with Vectus’s robust wireless network for quite some time,” said GeoLinks CEO Skyler Ditchfield. “When the opportunity to officially acquire Vectus came to the table, all parties knew immediately that merging networks would be seamless from an operations standpoint, and prove immensely beneficial to existing and future clientele. With contracts finalized, company migration will commence immediately, enabling GeoLinks to further expand its coverage map while simultaneously increasing our overall network capacity, redundancy, and ability to deliver higher bandwidth.”

Skyler and GeoLinks are highly respected leaders and innovators in the world of telecom, and I speak on behalf of the entire Vectus team when I say that we’re extremely pleased to be combining forces and joining their efforts.

President and CTO of Vectus, David Saylor, agreed with Ditchfield that the acquisition was a natural and strategic fit for both entities. “Post-acquisition, I have full confidence that all existing Vectus customers will continue to receive the same exceptional service they’ve become accustomed to. At our cores, GeoLinks and Vectus have synergistic beliefs—always put the customer first. By combining assets, all current and future customers will now have access to an even more resilient and redundant wireless network. Skyler and GeoLinks are highly respected leaders and innovators in the world of telecom, and I speak on behalf of the entire Vectus team when I say that we’re extremely pleased to be combining forces and joining their efforts.”

Both Vectus and GeoLinks’ existing clients will encounter no disruptions of service during the network transition. GeoLinks looks forward to announcing further details on increased network offerings in the upcoming months.

GeoLinks’ accelerated success is largely due to its flagship product, ClearFiber™, which offers dedicated business-class Internet with unlimited bandwidth, true network redundancy, and guaranteed speeds reaching up to 10 Gbps. Named “Most Disruptive Technology” in the 2018 Central Coast Innovation Awards, GeoLinks’ ClearFiber™ network is backed by a carrier-grade Service Level Agreement boasting 99.999% uptime and 24/7 in-house customer support. With an average installation period of 4 to 7 days, GeoLinks is proud to offer the most resilient and scalable fixed wireless network on the market.

Recognized as a thought-leader in closing the digital divide, GeoLinks proudly sits on an array of national boards, coalitions, and working groups including the Schools, Healthcare & Libraries Broadband (SHLB) Coalition, the Wireless Internet Service Providers Association (WISPA), the Broadband Consortium of the Pacific Coast (BCPC), and the FCC’s Broadband Deployment Advisory Committee’s (BDAC) Streamlining Federal Siting Working Group.In 2018 GeoLinks was awarded the Corporate Partnership Award by the Corporation For Education Network Initiatives In California (CENIC) for serving the research and education community in California.

How to Attract Corporate Sponsors